To run our pratice we have a dedicated and talented team.

Click on the names of our Veterinary Surgeons and read little bit about them.

After graduating from the University of Liverpool in 1991 with a 1st class degree in Genetics and his degree in Veterinary Science Robert started his professional career in a small mixed practice in Pembrokeshire.

Having seen practice in Llandysul as a student, he quickly accepted the offer of a job with the practice in 1992 and in a few years later in 1995 he became a partner.

Focusing primarily on large animal work Robert has developed an interest in reproduction and fertility in cattle and horses. He was instrumental in registering the practice as one of the first BEVA approved Equine AI centres in Wales.

In his spare time Robert tries to keep fit by cycling, swimming and running and was even known to enter the odd Triathlon in his younger days!

Robert is married to Shirley (the Practice Manager) and has two children, Alex and Sophie.


Annwen is originally from Montgomeryshire in Mid Wales and grew up on a family sheep farm with dogs, cats and chickens. She carried out work experience in veterinary practices in Montgomeryshire, Somerset and Devon. She graduated from Bristol University in 2007 and has been part of the team at Tysul Vets for 7 years.

Annwen is a mixed vet carrying out mostly farm animal calls with one day a week in the small animal surgery. She visits our dairy farms on a regular basis to carry out routine work as well as attending sick cows, calvings and performing caesareans. She has a particular interest in peri-parturient health in dairy cattle and metabolic conditions, such as displaced abomasums. She also enjoys herd and flock health planning and discussing vaccination protocols.

On the small animal side, she has an interest in diagnostic ultrasound and ophthalmology. She enjoys performing routine surgery as well as some more challenging operations.

Annwen organises our monthly large animal discussion groups for vets. She has been fortunate to attend vet conferences in Rhodes and Nice and attends the annual BCVA Congress.

In her spare time she loves reading about evolutionary genetics and reading the Sunday Newspaper. She has visited several countries including Australia in 2012, China in 2005 and Norway in 2008. One of her achievements is completing the Lake Vyrnwy Half Marathon with her twin sister and brother in 2004. She has two men in her life, “Seamus” a 16-year-old ginger Domestic Shorthair cat and her husband who she married in September 2014. She is a real “home bird” and enjoys spending time with her family and friends whenever she’s free. 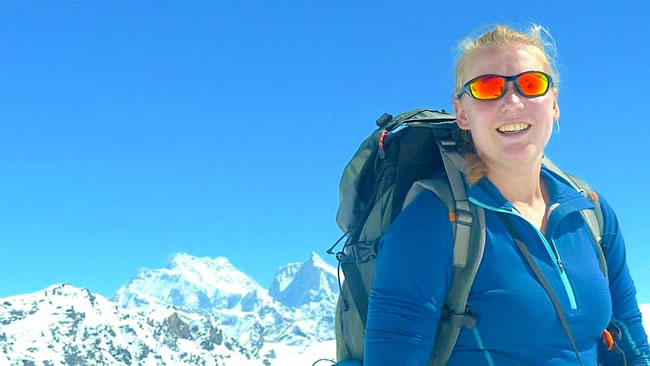 Originally from North West England Danni moved to Llandysul and joined the Tysul Vet Team as her first job after graduating from Liverpool Vet School in 2010. 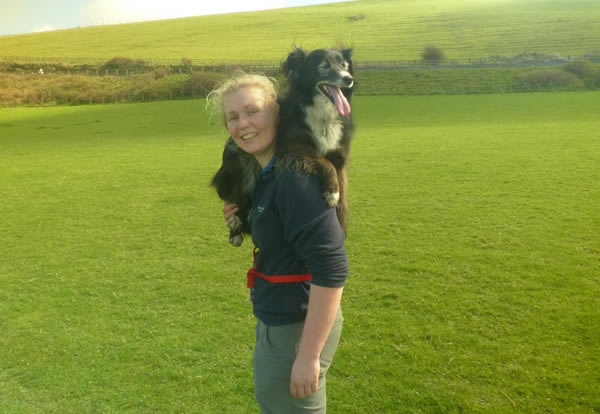 Danni has a keen interest and enjoyment of all aspects of mixed practice but does favour the large animal side of the job particularly farm animal work with her main interests lying in routine fertility and reproductive work and obstetrical emergencies although she also enjoys getting involved with herd health and preventative medicine planning. 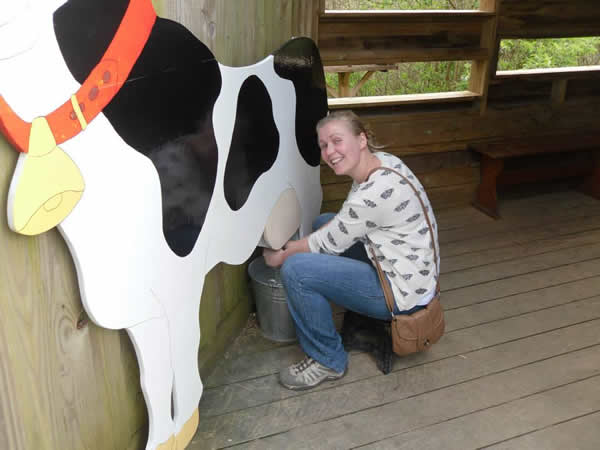 Outside of work Danni enjoys anything adventurous and has recently completed a 6 week trek along the first section of The Great Himalaya Trail through Nepal. On her weekends off Danni tends to spend her time exploring the coast and climbing mountains with her collie dog Rosie. She also likes to socialise and enjoys a pint or two with her friends. 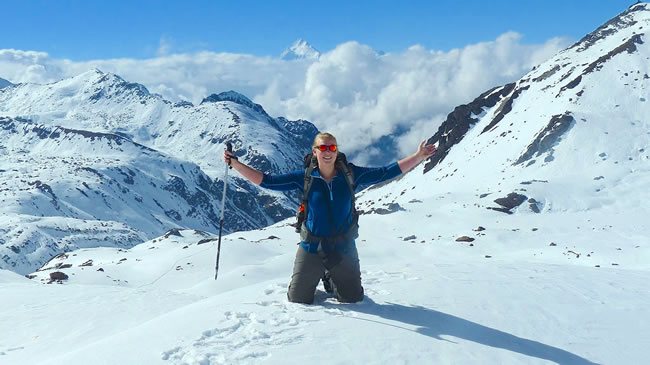 
Liz joined Tysul Vets in 2014. She graduated from Liverpool University and having grown up in Llampumsaint has returned to her Welsh roots to work.

Hailing from a beef and sheep farm and having worked for many years on several local farms; Liz enjoys all aspects of mixed practice but has a keen interest in farm work and thoroughly enjoys getting stuck into all aspects of large animal work with a special interest in reproduction and youngstock management. 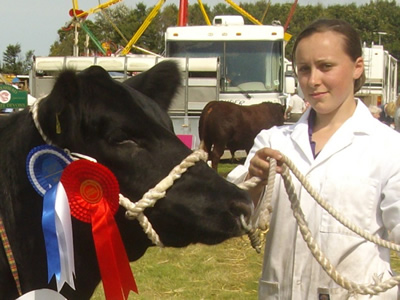 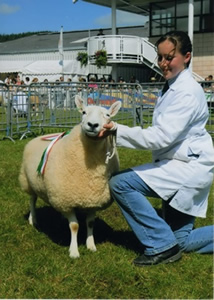 Alongside the family farm, Liz has been closely involved from a young age in the breeding production of competition horses, competing at National Level. 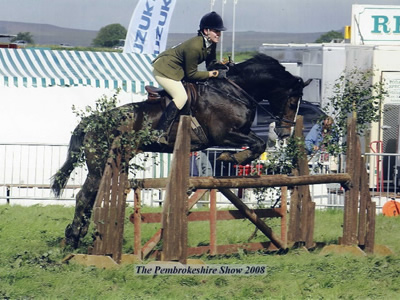 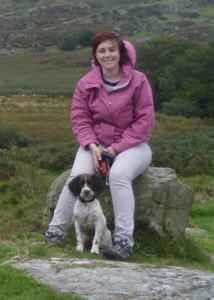 Outside of work, Liz enjoys baking with varying success! She is an active member of Young Farmers, mainly competing in Stockjudging and public speaking competitions, representing club and county on several occasions. She can often be found out walking with her spaniel, planting vegetables in the garden or out socialising with her friends.

Siriol was born and brought up in the South Wales valleys, and is a fluent Welsh speaker. She graduated from the University of Bristol in 1987, and Tysul Vets was her 'foster’ practice when she was a student.

The early years of Siriol’s career were spent in predominantly farm animal practice, working in Cornwall and Somerset as well as here in Llandysul, where she became a partner in the practice in 1996. She married Steve, who is a specialist veterinary orthopaedic surgeon in 1990.

Following the birth of their fourth child in 2002, Siriol stepped back from full time practice and spent five wonderful years as a full time mum to her three sons and one daughter.

Since then she has worked in various small animal practices as a locum, spent a period working at a local rescue shelter, responsible for the veterinary care and neutering of around 2000 dogs a year, as well as working as a TB tester at Tysul Vets. In 2018, Siriol spent a month volunteering on a trap, neuter, release project in Borneo, Malaysia - providing essential veterinary care to the island’s many thousands of street cats and dogs. She also volunteers on a regular basis with the charity StreetVet in Swansea, providing veterinary care to the pets of the city’s homeless. 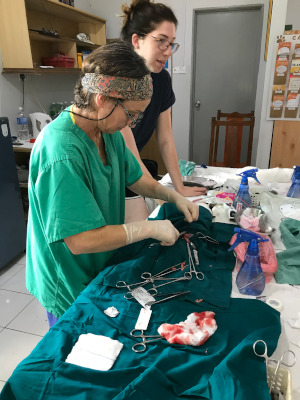 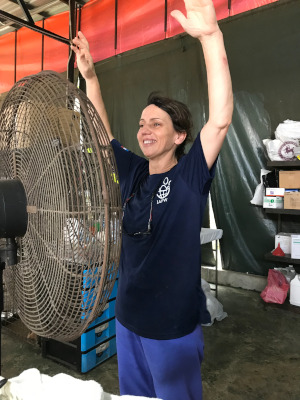 Siriol loves all aspects of general veterinary practice, particularly building a bond with clients and their pets. She also enjoys all types of general surgery, and supporting her younger colleagues in the early years of their careers.

Outside work, Siriol’s family are the main focus of her life. She loves all sorts of outdoor pursuits, especially walking with her two rescue dogs, Alfie and Nell, and skiing and travelling with her family. She also finds time to volunteer as a leader with a local Scout group. 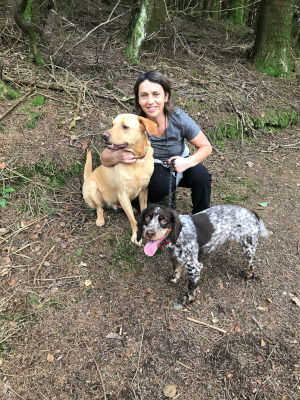 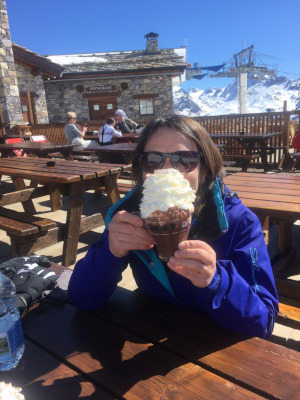 She plans to spend her retirement travelling the world, volunteering on veterinary projects in 3rd world countries - but has to persuade her husband first!


Originally from Aberystwyth, I graduated from Bristol Vet School in 2010 and worked briefly in mixed practice in Bridgend before moving to Oxfordshire to work as a small animal vet in 2011. While in Oxfordshire, I lectured on an Animal Behaviour & Welfare & an Animal Rehabilitation course for Oxford Brookes University, and ran my own Dog First Aid franchise, all the while working as a vet. 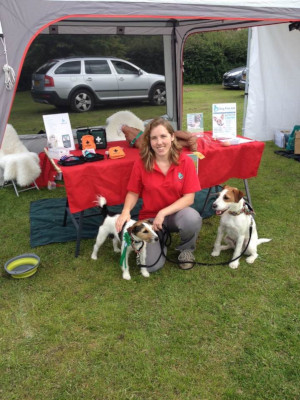 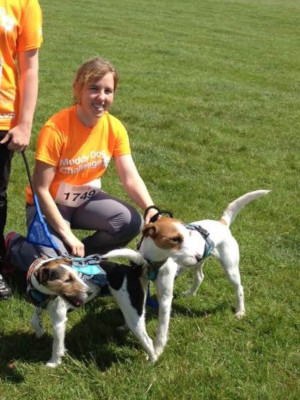 I love all aspects of small animal medicine including working up complicated cases, dermatology (skin & ear issues), dentistry and diagnostic ultrasound. My special interests include small furries & birds, and behaviour & welfare. The most important thing for me is that we make decisions that are best for the whole family, and I enjoy working with families to give older pets their best quality of life in their golden years. 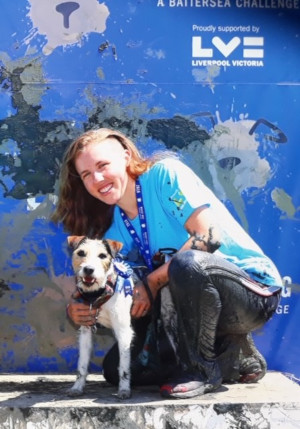 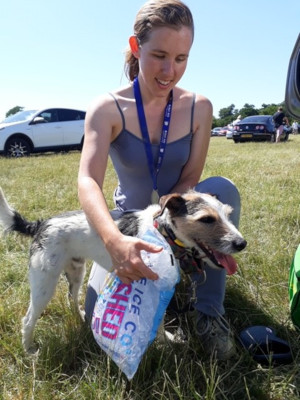 I moved to Llandysul in 2019 and started at Tysul almost immediately. It's great to be back in Wales, where my menagerie consists of 2 terriers, a cat, some ducks, chickens, bees and occasional wildlife, and my wife Stef. I'm learning to play the ukulele and have started bringing it to work to serenade my colleagues and patients!

I speak Welsh, French & English, and am hoping to learn Signs Supported English. Keep in touch with us: